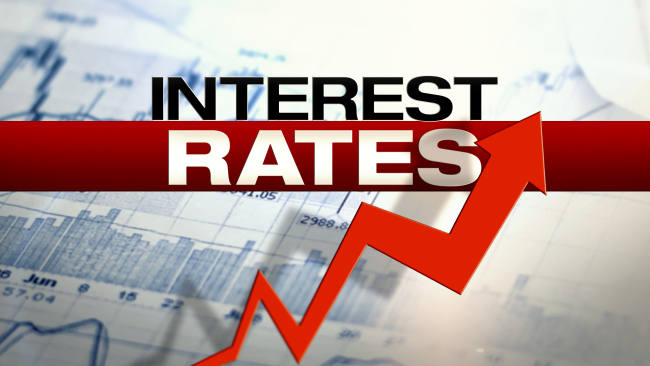 So there are a billion things to talk about but let’s start with the record low interest rates in today’s economy.

So I paid enough attention in class to learn that low interest rates typically mean you want to invest in stocks.  This is because low interest rates signify that the Fed is trying to stimulate bank borrowing by offering lower interest rates.  As banks borrow more, it is hoped it will stimulate the economy as the banks lend more to businesses leading to more jobs and more consumption.

But back to the point, if the economy needs stimulating, then you can assume that for the most part, stocks are low – lower demand in the economy means less earnings and less volume for the stock market.  So theoretically, when we see low interest rates, we would prefer to pour money into equities at low prices.  As the banks take advantage of the low interest rates and borrow/stimulate the economy, demand is revitalized and the economy begins to flourish.  Hopefully, this will in turn create more confidence in the economy and affect the stock market positively.

In a perfect world, the economy will continue to flourish along with the stock market.  At some point in the future, the Fed should note that there can be negative side-affects with a flourishing economy, id est – INFLATION.  Inflation is the basically the idea that a distinct amount of money will be less valuable than it was before.  The idea of inflation is often counterbalanced by the issue unemployment.  When inflation is low, it means spending is low and as a result, employers will have less money to hire people.  When inflation is on the rise, there is more spending and employers will be more likely to hire people.  In the current example we’re analyzing, the economy is rising, the stock market is rising, and inflation is also rising, meaning unemployment is probably LOW (Yay for low unemployment!).

So with the rise in inflation, the Fed might opt to raise interest rates to sort of ‘slow down’ the economy.  While a healthy economy is awesome, we don’t want a 1000% decrease in the USD!  In turn the banks will borrow less money from the Fed and they will lend less to consumers.  This will stabilize inflation, unfortunately along with the stock market.

So at this point we might want to realize our stock gains and look towards the bond market (of course this is only one outcome from the example).  This is because now, with the maintenance of relatively higher interest rates, it can lead to the downturn in the economy.  *But please note this isn’t a really bad, evil sort of thing to happen to the economy.  The economy by nature, works in cycles – troughs and crests.

So as the Fed increases the rates, let’s pour money into the bond market say at 5%.  What the Fed planned for works: the economy slows down, inflation starts to stabilize and most likely so do our prior stocks we held.  Fast forward to where the market is really starting to show significantly less demand, the Fed will decide inflation is not such an issue as unemployment along with the general health of the economy.  So the Fed reacts by lowering its interest rates to stimulate borrowing and spending (as explained earlier). YES, this is GAINS for us.  Now the current bonds are offered with today’s lower rate.  So we currently hold 5% bonds and today’s bonds only offer a 3% return.  This means our bonds are more valuable than they were when all the bonds were offered at 5%.  So we (or maybe just me) would hope to sell the bond when the interest rates reach the lowest point to realize the greatest gain.  And after selling the bonds, the market will be low, which means we get into stocks again!

This is how we react interest rates as investors.  Though please please take note that there are many other significant factors affecting interest rates and demand, very notably, the affect imports and exports can have on the economy.  But that’s a topic for another day.

I hope that was interesting and stimulating.  Please comment with any criticisms (yes I encourage criticism!), comments, or questions.  What’s great about finance is that it’s not really a science, but has artistic elements in it.  That is, you can always improve on your ideas.  If you want proof that finance is not a science, read about the company Long-Term Capital Management.  Math is pretty sweet but is not the end-all in terms of returns.