Risk or RewardWhat is the Answer? 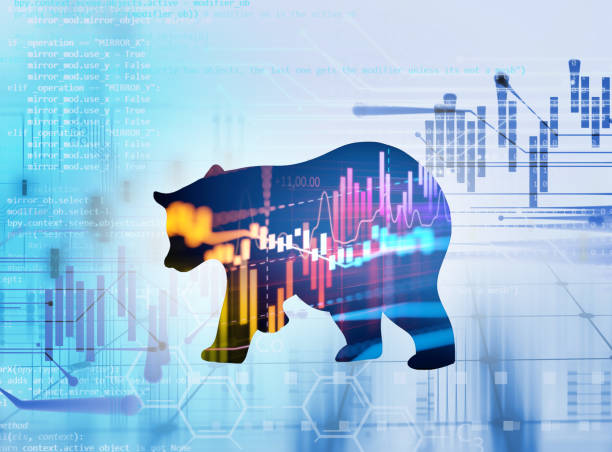 In my view, we are still in a secular bear market and currently at a point of extremely high risk. We have now passed the period of seasonal strength for the year – a time when spirits are high and the market performs better than at any other time on a historic basis. A study in the December 2002issue of the American Economic Review reported that the average stock market returns from Halloween through May Day (the so-called “winter months”) were significantly higher than equity returns from May Day through Halloween (the “summer months”). The findings were that the summer months’ returns have averaged so much less than those of the winter months that almost all of the stock market’s long-term returns have been produced during the winter months. The obvious implication is that simply going to cash between May Day and Halloween will have only minor impact on long-term returns while dramatically reducing risk.

I was going to change the above barometric-like message. Its purpose is to give you a general ‘big picture’viewpoint of where we are in the Long Wave cycle (and stock market). Over time, the above message blendsin and becomes invisible. I know this from personal experience. The important messages are those that firstwarn of a major turn (either up or down) and then the follow-up warnings that focus on the nearness of thatturn. There were (arguably) three big turns in the past 3 years – the October 2007 top, the March 2009 bottomand the recent April 2010 top. This Alert and the Sequence of Events in the Cycle report warned readers of each.It is those ‘larger’ turns that make a difference.

The lesser twists and turns of the market are far more difficult to call. They are the ‘noise’ of the market. As they say, “they don’t ring a bell at the top”. That’s pretty clear because if they did, the 83.5% loss in the NASDAQ 100 following the market top in 2000 and the 57.7% collapse in the S&P 500 following the 2007 top wouldn’t have been a big deal because everyone would have sidestepped them. I mention those two historic market tops because the bulk of investors were focused on technology stocks prior to the 2000 top and the bulk of investors were focused on the S&P 500 at the 2007 top. Those who were hurt by technology stocks in2000 got “smart” and moved to the more stable S&P 500 stocks in 2007 ? only to capture the largest decline in that index in 77 years. Are these same people now heavily invested in the market?

I have had the bearish barometer on since the 2007 top. I know that some people are troubled by that warningand don’t understand it in the spirit it is intended. I am focusing on the big picture and where we are in theLong Wave cycle. That cycle is defined by many decades of debt build up and then it is completed by a periodof debt destruction. If you want to compare it to the seasons, that is a rational comparison. Coming out of thelast cycle (The Great Depression), confidence needed to be built up to get the business cycle going – that partof the cycle would compare with Spring. Once the fear subsided and confidence is in full swing, a strongperiod of growth emerges and debt is increased to provide capital to fuel that growth – that would be Summer.The growth becomes robust and moves to a point of maximum production and debt also moves to approach amaximum level – that is Autumn and time for harvest. Production has already peaked and debt has moved toa degree where it has curtailed growth and is imploding on itself – that would be Winter.

Mankind lives through the above cycle over and over – yet he fails to recognize it and those who attempt towarn others are ignored or vilified ? until proven correct – which is a hollow victory as it is ignored by thepublic at large. The reason is simple ? it’s in our DNA. You can have the best argument imaginable and backit with an incredible set of facts ? it just doesn’t matter, the message will be ignored. Why? Because that isthe way it is supposed to be ? it’s just ‘in the cards’, as they say. The financial news media, the talking headsas well as some highly recognized names (economists, money managers, etc.) will all buy into the ‘fact’ thatthe bottom is in. I was told a long time ago by a very wise gentleman who lived through the depression that”more people lose more money attempting to buy perceived bottoms after major cycle tops than those who

were caught fully invested at the top.” That’s probably good information to keep in mind – I think there are anumber of early real estate buyers who can attest to the accuracy of that comment.

What’s going on with the stock market?In my last Alert I pointed out that years ending in “0” are the worst performing of all. I also pointed out that‘every 40 years or so, something bad happens ? every other 40 years or so, something really bad happens’ –we are on the ‘really bad’ side of that equation. I mentioned that “I have the highest probability in my work for acrash or crash-like scenario than at any other time since 1987” ? but I also stated that “my next expected turndate is at the end of next week – at the earliest.” That actual turn date isSeptember 21st. When I wrotemy last Alert, I saw the market setting up for what could be a meaningful top ? but I expected the marketwould rally in the near term. Last week’s rally and the September 20th rally confirmed that expectation. Heretofore, the$SOX has been one of the market leaders. It is in the process of meeting some meaningful resistance i.e. the

horizontal brown line and the 50 day moving average (red line) in the yellow circle in the chart above. Shouldthe market move through this resistance, the next level of resistance is at the tops line and the 200 day movingaverage (blue line). The $SOX leadership has been weak. Keep that in mind.

The next chart to look at is the Dow Jones Industrials. The price has obviously brokenout above the white trend line. I look for at least two days of closing prices above a trend line to confirm thebreakout. That hasn’t happened with the line just referred to, but has clearly happened with the downwardsloping Red tops line. The Dow Jones is showing leadership in this market and its action is certainly a lot morerobust than the $SOX.

The S&P chartis also impressive. It has broken out above its lower horizontalresistance line (white dashed line) and its 200 day moving average line. It has since broken out above thesecond horizontal resistance (white dashed line), as well. This leaves the upper white channel line asresistance. I have to admit, this rally ‘feels’ like it isn’t over – I’m sure it could drag on for awhile, but in myview, if that is what occurs, the risk factor of a hard hit to the downside is magnified. In addition, one mightwonder that if this is such a great opportunity to buy stocks, how come insiders are selling at a rate of 290 sellsfor each buy during the past week? Do you think there may be a subtle message there? Insiders aresupposed to know more about what is happening “on the inside” that the rest of us. Stay tuned.

The market action has been fairly robust, but that is what occurs when you are moving into a top. I had stated earlier that this market needed a sentiment change to draw investors into the market if a meaningful top was to be made. We are now getting that sentiment. Have you noticed the change in the talking heads? They’re happy. The American Association of Individual Investors whose recent survey showed 50.9% bulls and only24.3% bears confirmed this bullish mood. The market’s action has done a good job of maintaining its gains, so far.

On September 21st we had a FED meeting. I am at a loss to understand what they can say to keep the market bullish. Tome, it may be a case of “buy the rumor, sell the news”. What is the rumor? That the Fed will keep rates low and money available? I guess so. Let’s see ? the Fed buys government bonds from the banks and gives the banks money (i.e. the Fed is providing liquidity). The banks can lend that money (risky) or invest it in government bonds (much safer), so they buy government bonds – thus removing the liquidity. I guess I missed the benefit in that exercise ?..

The term “manipulation” comes up more than ever before. Clearly, laissez-faire (the government not interfering in commercial affairs) is a thing of the past and major manipulation is in full vogue. So, we have a full moon coming up, with bullish sentiment backed by manipulation following another ’emotional’ Monday – in addition, I have a turn date today – so, what does all this mean? Allow me to digress with a short story. When I was a freshman in college I used to spar (boxing gloves, etc.) with my roommate. One day he shot his left arm directly out to the left of his body ? as my eyes followed this odd maneuver, I quickly realized that a very hard right cross was making contact with the left side of my face and I had made no move to block or avoid that act. That didn’t have to happen too many times before I began to anticipate it and throw my own right cross. Is there a message here? There was for me.

If we assume a normal cycle, deflation would be the obvious expectation. There is a great deal about our current cycle that is not “normal”. Does this ‘abnormality’ possess enough power to reverse the cycle of mankind? Isn’t that the question? Frankly, I don’t know, but my guess would be “NO” ? temporarily, maybe ?but longer term, no. I do not think this is a time to be complacent, in my humble opinion.

Home » Uncategorized » Risk or RewardWhat is the Answer?
a